Is a NH lake home in your future?  This fall my be the best time to purchase a lake home in NH. Sellers are ready to move on! The thought of heating and paying taxes on a home they visited 2 weekends all summer is just painful for many owners. This puts you as a buyer in a great position to secure your dream home.  Interest rates are still low and the local banks area eager to help you painlessly through the mortgage process.

Step one in the process is working with an experienced agent who is knowledgeable about NH Lakes.  Paula and I have helped over 20 buyers this summer find a vacation home that meets the lifestyle they looked for. We have over 35 years of combined experience selling lakefront property. 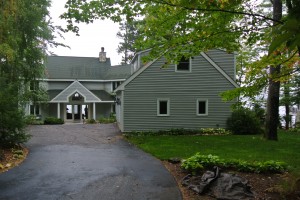 One of the Homes we found for a Texas Buyer

Ossipee lakefront contemporary located at the waters edge!! Beautiful well cared for home located on a quiet Cove with a gorgeous flat sandy beach and Mt Views. This home features an open concept living/dining. Updated kitchen and baths. Living room has a wood fireplace and sliders to a sunny 3 season porch with awesome lake views. 1st floor bedroom plus two additional ones on the 2nd level and 2 bathrooms.  Full walkout basement opens to a patio area under the deck . Nothing to do here but sit back and start enjoying a wonderful lake home. This home is minutes to Golf and plenty of hiking trails.   Listed by Gerard at Costantino Real Estate LLC 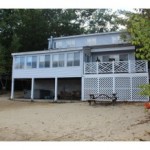 Merrymeeting Lake, New Durham NH Cute 2 bedroom, 2 bath Merrymeeting Lake cape with 120 feet of sandy bottom shore, beautiful sunrise views, crystal clear water, located in a desirable and quiet cove. Owned and loved by the same family for over 45 years, this year round home has a charming pine paneled living room with a wood fireplace, a dining room with sliders to a spacious wrap around deck and a kitchen that is open to the dining area, all with pretty lake views. A full walk-up attic and partially finished basement add to the possibilities. The lot has attractive stonewalls and is level at the lake with a sandy beach area and seasonal dock. A 0.46 acre back lot with 20 feet of lake frontage is included, but Buyer has the option to purchase just the 0.28 acre house lot with 100 ft. of lake frontage.  Come and enjoy boating, swimming, fishing and winter sports on this wonderful 1,200 acre spring fed lake.  New Durham is centrally located to Wolfeboro and Gunstock Ski Area.  You will find plenty of locations to hike or play golf on days you are not enjoying the lake.  Listed by Maxfield Real Estate. Carol Bush.  #nhlakesrealty 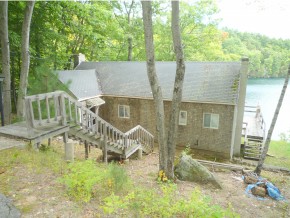 Lake Winnipesaukee, Gilford NH   To live on the shores of Lake Winnipesaukee is to know pure relaxation and enjoyment with friends and family. Exceptionally crafted in 1999, this home has been impeccably maintained and cared for. Sited on a private and perfectly landscaped lot with wonderful outdoor entertaining spaces overlooking the large lawn leading down to 100' of pristine waterfront, sandy beach and deep water docking. 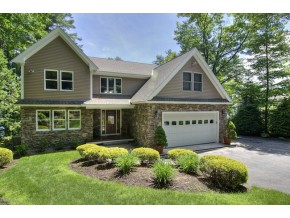 Energy efficient, thoughtfully decorated and tastefully laid out - this home truly shines against the competition. Five bedrooms provide plenty of sleeping space. Walls of windows in the main living and kitchen area give the perfect vantage point of the fun taking place on the water. Conveniently located close to all the area attractions in a desirable neighborhood setting. Furnishing package available for separate sale.  Listed by Ashley Davis of  Four Seasons Sotheby`s International  Realty/Meredith #nhlakesrealty 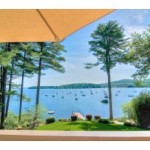 Motivated Seller, Luxury Private Estate with 125 feet of sandy shoreline has long water views out to Rattlesnake Island is at the entrance to Governors Island. You enter the home and you have a full service pub style bar off to the right and a family room to the left. The great room with fireplace adds the perfect touch for a corporate party or a family gathering. The kitchen has granite countertops and high end appliances and is perfectly situated to view the lake and guests . After you catch your breath the master bedroom suite is on the first floor, you have a total of 6 bedrooms and 3 bathrooms on just over 1 acre of perfectly manicured level grounds. Ground level you have a family room and 2nd kitchen plus outdoor grilling area. The private beach has 125 feet of sugar sand beach and dock. Garage space, 2 car over sized attached garage plus 2 car detached garage. Spacious Areas to Entertain? This executive home includes amenities of Governors Island, including clay tennis courts. Gunstock Ski Area is 10 minutes away and some great golf courses are close by.  Visit your favorite restaurant by boat around the lake. 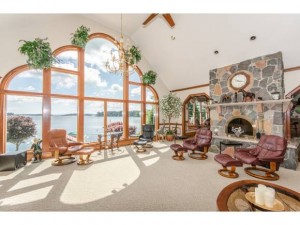 Magnificent & Private waterfront luxury Adirondack  property, located on the eastern shore of Pine River Pond in Low Tax Wakefield NH . Three floors of living, with master suite from side to side facing the lake plus a morning balcony off the master, open kitchen with all new upgraded appliances and cabinets, plus hardwood floors and new carpet , floor to ceiling fireplace in the glassed living room, all new bead-board ceilings, screened porch plus side to side walkout deck, looking west and over the level front lawn with sandy walk-in beach, raised beach patio and new dock. Truly a wonderful year-round home or private getaway with 13 rooms, 3 bedrooms and 4 bathrooms. Surrounded by perennial gardens,semi-circular drive, 2 car garage with walk up storage, outside shower, patio,etc,etc. Plus back lot with storage shed & storage for boat trailer or possible garage or barn. 40 minutes to Portsmouth and the coast, less than 2 hours to Boston.  Golf - Skiing - Hiking - Shopping are close by. Listed by Randy Parker, Maxfield Real Estate. 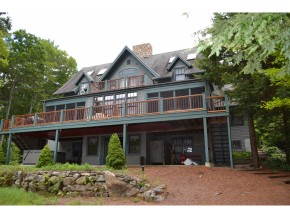 Sparkling Sunsets!!!!! Lake Kanasatka Moultonborough NH- Beautiful lake an mountain views. Sandy beach, sits privately on .48 acres with 140 feet of frontage offer long lake view. Nice 3 bedroom year round living , large deck and basement can easily be finished off for more living space.   Lake Kanasatka a 358 acre lake is centrally located. It is an easy drive to Meredith or Wolfeboro less than 2 hours to Boston.   Skiing, Golf, Hiking and Shopping are all minutes away. Listed by Bob Williams from Coldwell Banker RB.  #nhlakesrealty 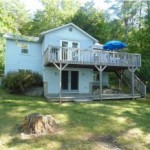 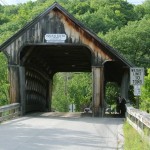 On The Way to the Community Across the Covered Bridge.

The depth of drawdown listed above is not from the current level, but is from the normal full pond level. Due to changing ice and hydrologic conditions, these levels can vary throughout the winter. Since the hydrologic conditions and recreational uses of these water bodies vary, the degree and date of the start of drawdown for each lake vary and could be affected by the amount of rainfall during the period. In addition, the actual date at which the drawdown will begin could vary by a few days based on operational constraints. However, at two dams, the drawdowns will be initiated on a specific Saturday in October to provide recreational opportunities for canoeists and kayakers in the rivers below these dams. The schedule for these recreational opportunities is as follows:

These special releases will start at or near 8 AM for the dates specified above, and will be reduced to near normal levels by 4 PM that same day. NHDES reminds people that canoeing and kayaking have inherent risks, and paddling the state's lakes and rivers is at the paddler's own risk.

Lake drawdowns are conducted each fall to reduce winter ice damage to shoreline properties and to reduce spring flooding. Drawdowns also give property owners an opportunity to conduct any necessary repairs to their waterfront property, provided they first secure a permit from the NHDES Wetlands Bureau at (603) 271-2147.

Generally, lake levels are allowed to return to the normal full pond level in the spring. However, Chesham Pond is lowered by 4 feet starting after Columbus Day for a period of 6 to 8 weeks and the level is brought up to 2 feet below the normal full pond level for the remainder of winter In addition, the drawdowns of Opechee and Winnisquam Lakes, which occur on a two-year interval, last only approximately two weeks. This year, the lowering of Opechee Lake will begin on October 13th, and it will likely take two days to pass the water from Opechee Lake downstream through Winnisquam Lake. Therefore, the level of Winnisquam Lake is not expected to drop noticeably until October 15th. On October 27rd flows at Lakeport Dam will be increased to refill Opechee Lake, and the level of Winnisquam Lake should begin to rise late in the day on October 28th.

Not included in this schedule is Lake Winnipesaukee. Unlike the other lakes in this schedule, Lake Winnipesaukee is not purposely drawn down in the fall. Instead, each year on Columbus Day, the releases from Lakeport Dam are reduced from a normal minimum of 250 cubic feet per second (cfs) to a flow between 30 and 50 cfs for a period of up to two weeks to allow for maintenance of the dams and hydropower facilities on the Winnipesaukee River. The flow of 30 to 50 cfs is the minimum flow needed to maintain the downstream aquatic life during this period.

By the middle of the fall, Lake Winnipesaukee is, on average, 15 inches below its springtime full level due to evaporation and releases from the lake that have occurred over the course of the summer. As a result of the reduction in the amount of water released from the dam after Columbus Day, the lake level does not drop for the remainder of the month of October and is generally maintained at this level through the month of December. Depending on the amount of snow on the ground in the winter, the lake level may be lowered further beginning in January to a depth of two feet below the normal full level.