Airport On Ice Is On Lake Winnipesaukee NH

February 2, 2017, - Pilots from across the northeastern U.S. were flocking to New Hampshire's Lake Winnipesaukee -- home to the only ice runway in the lower 48 states approved by the Federal Aviation Administration.

The 914-metre runway is a big hit with pilots, with some flying for hours just to try out the ice patch.

"How many times can a non-amphibian plane land on water,"  pilot Ken Ortmann remarked to the Associated Press.

The runway officially opened for the season Saturday after months of poor ground ice and bad weather conditions.

Within a few hours of opening, more than 50 planes had touched down. 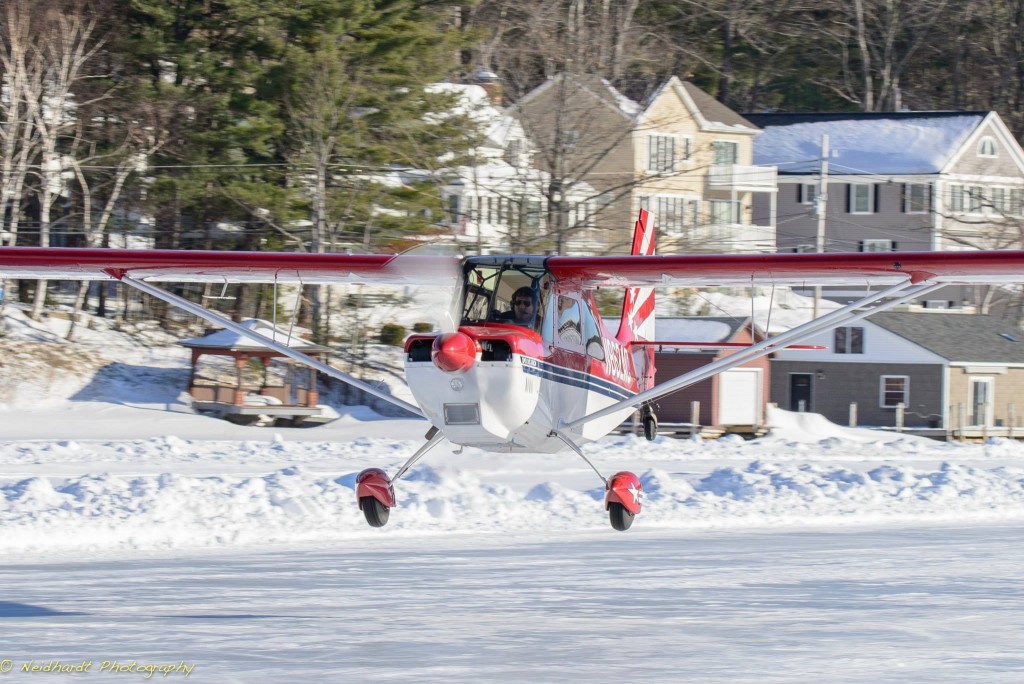 The airstrip is maintained by the Alton Bay Seaplane base. When the ice is strong enough to support the weight of the planes, officials keep it plowed.

Pilots are advised not to use their brakes while landing -- doing so can case airplanes to skid.

Last March, an airplane experienced a hard landing after clipping a snowbank. No injuries were reported in the incident.

The only FAA approved airport on ice in the country.

" at Alton Bay Seaplane Base and Ice Runway